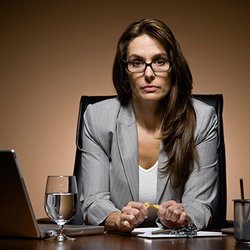 Small businesses that are owned by women continually succeed in revenue and earnings generated, but still struggle to grow at the same rate as their male-owned counterparts. The presence of the gender gap in small businesses is felt, as it much harder for women entrepreneurs to gain the necessary capital to expand their businesses.

The disparity between men and women small business owners, however, is improving. More and more women are choosing to start their own companies, with a significant increase in minority representation. Lower interest rates right now make for a great economy to start a small business, and a wide range of women are choosing to take this opportunity and run with it. This progress is, in part, thanks to SBA Administrator Maria Contreras-Sweet and other women-oriented non-profits. The SBA’s Office of Women’s Business Ownership has created a network of more than 100 Women’s Business Centers to bring women entrepreneurs together to help close the gender gap.

Capital advances, however, offer a funding opportunity for female business owners who do not qualify for traditional loans or are seeking to diversify their funding mix. Through a straightforward repayment process and with a trusted partner like Wellen, women in business that are seeking to expand their business can gain the necessary capital to do so.