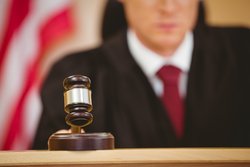 Patent Assertion Entities, sometimes referred to as “patent trolls,” extort restaurants and other small businesses with patent lawsuits that pose a huge financial burden. Understanding your restaurant’s exposure to patent abuse is important for protecting your business’s growth.

Unknown to many restaurant owners is the threat Patent Assertion Entities (PAEs) pose to restaurants’ business dynamics. The National Restaurant Association described PAEs as “companies that purchase vague patents covering common business practices. They go after businesses with frivolous demands for licensing fees and make confusing claims about end-users of technologies, threatening to sue unless they get paid.”

Many cases of patent abuse occur in restaurants. Smaller businesses feel forced to settle the lawsuit for a few hundred thousand dollars because they often cannot afford the legal fees. Popular restaurant chain Culver’s recently fell victim to these so-called “patent trolls” who were claiming patent ownership of a calorie calculator on the restaurant’s mobile application. In his hearing in front of the Senate Judiciary Committee, Culver’s Vice President Steven E. Anderson stated, “Regardless of legal advice that we received indicated that it is likely that we would not have been found to have infringed upon such patents, we reached a settlement because we simply could not afford to battle the issue in court.” Anderson urges the Senate Judiciary Committee to consider a patent reform with maximum transparency in demand letters issued by PAEs and to push for proper litigation in patent lawsuits to end the exploitation occurring in the patent system.

The Fight to Reform Patent Law

The National Restaurant Association highlighted reforms they are seeking to stop the abuse of PAEs:

United for Patent Reform is currently pushing Congress to end patent abuse and protect restaurants and small businesses from unnecessary lawsuits. In April, the U.S Patent and Trademark Office (PTO) revoked certain parts of a patent held by Personal Audio, a company claiming to have invented podcasting and was threatening to sue popular podcasts such as “This American Life.” Brian Fung of The Washington Post said, “The PTO’s decision finds that claims 31-35 fail a basic test that all patents must satisfy concerning the ‘obviousness’ of the claimed invention.” A patent reform bill is currently pending in the House of Representatives, and the PTO’s decision will only add momentum to legislation being pushed through Congress.

What can you do?

Forbes reports that Culver’s is far from the only restaurant that has been hit with “extortion demands” from “unscrupulous abusers of patent rights,” and this threat is a problem that stifles true innovation. Likewise, The Hill notes that patent trolls may also have a negative impact on restaurant innovation.

So what can you do if you receive a notification from a PAE?

Understanding your restaurant’s risk of patent abuse—and what you can do if you receive a trolling letter—are important to protecting your business’s growth.