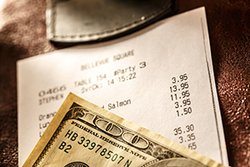 A “hospitality included” model is emerging and presents intriguing new option for today’s restaurateurs. Hospitality included creates a more equal pay environment for restaurant employees, while still keeping prices the same for patrons. Could this evolution have a positive impact on your restaurant’s bottom line?

In a recent “Freakonomics” podcast, host Stephen Dubner discussed a restaurant revolution that is taking place in New York, headed up by restaurateur and Chief Executive Officer of the Union Square Hospitality Group, Danny Meyer. Meyer’s restaurants include Union Square Café, Gramercy Tavern, The Modern, Shake Shack, and many others, but his business model took a drastic shift when he decided to address the wage discrepancy problem between front and back of the house employees: eliminating tipping.

Given that the practice of tipping comes from Civil War era ideologies of how businesses should operate – servers would not receive any payment if customers didn’t tip – Meyer has taken a step into the future.

Because tips are based on a percentage of the bill, when customer demand for higher quality ingredients increases, menu prices increase, tips go up, and, voila!, your front of the house staff just got a pay raise. This increase does nothing for kitchen employees, however, and the pay discrepancy often results in trained chefs working front of the house in order to offset the high costs of culinary school…which also makes restaurants’ recruiting, hiring, and retention efforts more challenging.

Prior to moving to his “hospitality included” model, Meyer attempted to help his back of the house employees along the way by giving them discounts on food at the restaurant, paying for Metro cards so staff could get to and from work without taking it out of their paycheck, and implementing a matching 401(k) program so employees could increase the amount they were saving for retirement. But 20% off of a meal they can’t afford anyway and being too broke to even save for retirement proved all of these efforts useless and unhelpful for employees.

So Meyer decided to cut tipping out of one of his restaurants (The Modern, which is inside the Museum of Modern Art) as a pilot program. By adjusting menu prices so hospitality is included, the net price to the customer is the effectively same. This measure meant Meyer increased the pay rates of the lowest level kitchen employees from less than $10/hour to $12/hour, cooks increased to $14/hour, and servers’ pay increased from $5/hour plus tips to a flat $9/hour plus a revenue share program that shares a percentage of overall restaurant revenue with front of the house staff. You may be wondering whether the higher labor costs and revenue sharing are killing Meyer’s business. Meyer’s pilot restaurant has not only remained profitable throughout this transition, he indicates that the restaurant is benefitting significantly from an improved talent pool for both front and back of the house positions. Great employees no doubt have an excellent impact on a restaurant’s bottom line. Meyer’s “hospitality included” model is an intriguing evolution in restaurant strategy, and one that may not be the ideal move for all restaurateurs. HR considerations; potentially higher payroll costs; concerns, even backlash, from customers—all must be carefully considered before venturing down this path. But the concept is proving to be highly successful for Meyer, and he plans to expand the model other restaurants in his portfolio.