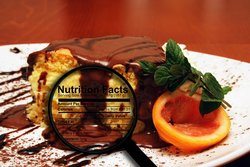 The Food and Drug Administration has implemented new regulations regarding menu labeling of the calorie count of food items. With the growing popularity of healthier food options in the United States, what is your restaurant doing to stay competitive in the market?

On November 25, 2014, the Food and Drug Administration finalized a new menu labeling regulation for restaurants with more than 20 locations. Restaurants are now required to post the calorie count for each menu item in an attempt to curb the spread of obesity in the United States. The FDA passed this regulation with the goal of persuading customers to choose healthier options when eating food outside of their home.

FDA Commissioner Margaret A. Hamburg, M.D. states, “Making calorie information available on chain restaurant menus and vending machines is an important step for public health that will help consumers make informed choices for themselves and their families.” The new rule will take effect one year from now, but some backlash is expected.

The National Restaurant Association supports this new regulation, noting that providing this important information to consumers empowers them to make the appropriate dietary choices. They continued, “We believe that the Food and Drug Administration has positively addressed the areas of greatest concern with the proposed regulations and is providing the industry with the ability to implement the law in a way that will most benefit consumers.” These regulations apply to:

These regulation changes offer an important lesson to restaurant owners about the value of encouraging customers to make healthier dietary choices.

Your Role in Helping the Obesity Epidemic

In 2010, Panera became the first company to voluntarily post calorie information on its menu boards, followed shortly thereafter by McDonald’s and Starbucks. Bloomberg Businessweek anticipates that the calorie information won’t so much deter customers from ordering unhealthy food, rather will push restaurant owners to opt for healthier menu items.

A recent study performed by the American Journal of Preventive Medicine found that some restaurant chains have already added healthier items to their menus in anticipation of the new FDA regulations.The researchers found that calories have been reduced, most notably, in drink and children’s menu options, with the study’s leader stating, “We saw this quiet reformulation happening, where consumers aren’t aware of it, but suddenly things were having lower calories.”

To keep up with the competitive restaurant market, you may want to consider adapting your menu items to the growing demand for healthier food options. Americans now realize the importance of their diet, and regulatory changes are already underway. If you have not already considered the health value of your menu items, now is the time for a serious review.