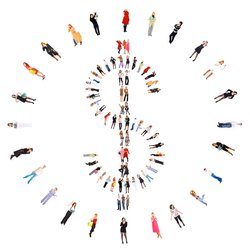 If you ask about bitcoin and digital currency, you might be met with a confused look. It may be because the currency is digital and doesn’t exist in a form you can hold in your hand. Or, some of the confusion may exist simply because it’s a new way to look at currency. Bitcoin is only one of several digital currencies and may soon become the future of exchange worldwide.

Unlike fiat currencies that are printed by governments, Bitcoin is mined by pools of people. As a result, it’s limited in supply and cannot be manipulated by the governments of the world, a very appealing attribute for a world society. And thanks to applications like Coinbase, Exodus and Blockchain, it’s not necessary for you to learn to mine bitcoin; you can participate via the simple process of creating a digital wallet. The whole concept of digital currency is in its infancy, but its integration into society at large has amazing potential.

The whole idea of digital currency has yet to reach mass integration. It took almost 20 years for credit cards to reach their zenith, and for processing companies like Visa and MasterCard, the reward has been worth billions. Like debit and credit cards, Bitcoin provides the masses with something they need, and as society becomes more global, Bitcoin has the one thing society’s looking for: identity protection. Bitcoin is the perfect storm of opportunity: a worldwide currency, very limited supply, identity protection and the elimination of middleman fees.

The Future of Digital Currency

Chances are you can remember Amazon in its infancy. No one knew how to order online, the products offered were limited (actually their biggest seller was books) and internet usage was nowhere near the levels it is today. However, Amazon provided something everyone was looking for: convenience. Now Bitcoin is poised to provide the next big thing everyone’s after: identity protection. It may take a few years, but Bitcoin may just be the next Amazon.

2 Comments on “Bitcoin: A Confusing Currency with the Potential of Amazon”